For part 8 of our challenge we headed to Helvellyn in the Lakes.

We looked into the different routes up Helvellyn and were initially going to go via Striding edge, however we originally had a few extra people coming with us … safety in numbers and all. 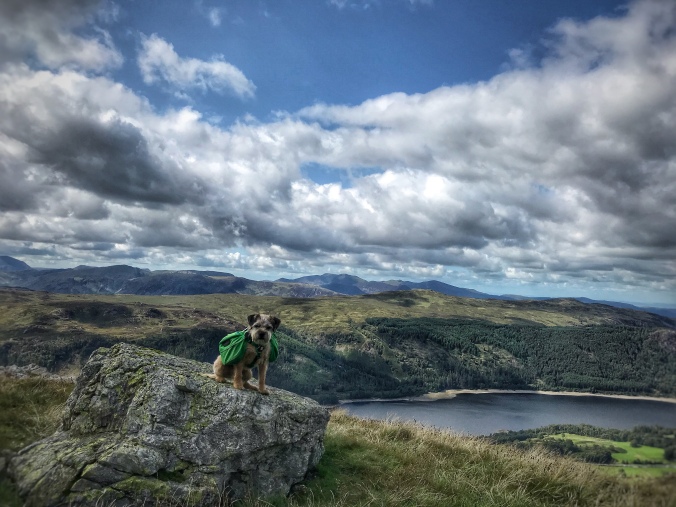 It ended up just being Sophie and I (which isn’t a problem at all we appreciate people have lives, jobs and other commitments) but we felt that going up striding edge just the two of us and Toby would be too dangerous.

The challenge is just that; a challenge – but we still need to be sensible and ensure we are safe for the walks. 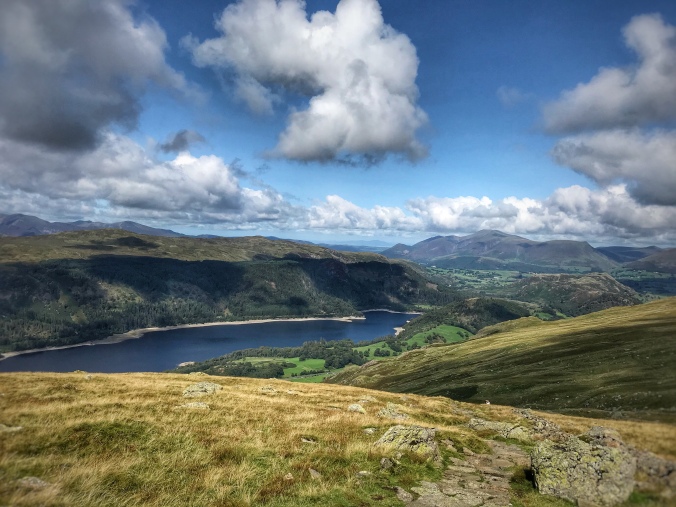 We looked into an alternative route that would be suitable and safe for the three of us and decided that the route from Thirlmere looked like a good alternative.

It was set to be another long day – Toby and I got up at 5:00am, packed the last minute items in the Rucksack, took Amos for a little wander round the block (he had the luxury of going back to bed until Billy got up!!) and then set off to Sophie’s house at 6:00am.

This walk wasn’t as far from Sophie’s house, only an hour and a half which was a lovely scenic drive and flew by!

We started the walk and I am not ashamed to admit – by going the wrong way, so we walked for half an hour or so without actually started the climb!

Once we realised we had gone wrong we turned back on ourselves and started in the correct direction. 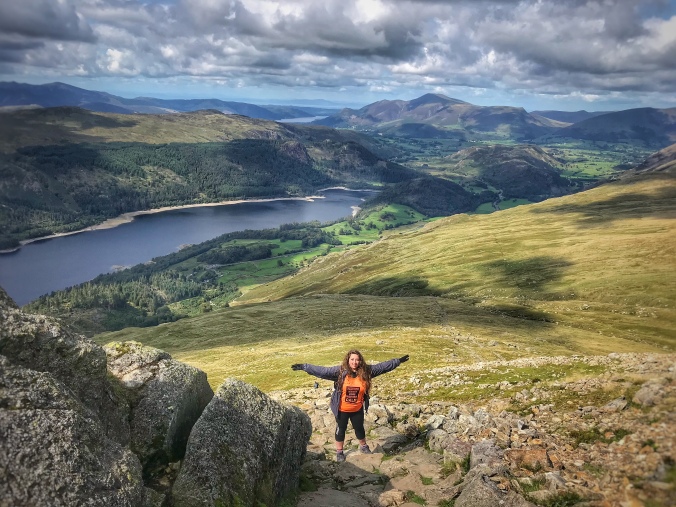 The walk was a tough but beautiful one, the route from Thirlmere zigzags up, and it is continuously up for all of the walk, it was worth the tough climb however as the views were utterly gorgeous!

We had been expecting rain for the walk as every time I checked the forecast for the week it wasn’t looking promising. We were very lucky however as the weather was really nice! It was a little warm in some sections but there was a nice breeze and not too many clouds so we were able to see far and wide!

This walk was tough right until the last stretch where the path then becomes more gradual and undulating which then leads to the Trig Point – we went over to have a look at Striding Edge when we were on the top section of the path and it made my knees feel funny.

It is something both Sophie and I have said we would like to do but maybe in a few years when we are better prepared for it!

We did have a few negative comments made on this walk about Toby – which always irritates me.

People either love or hate his back pack, that’s fine – but as the saying goes: if you don’t have anything nice to say don’t say anything. 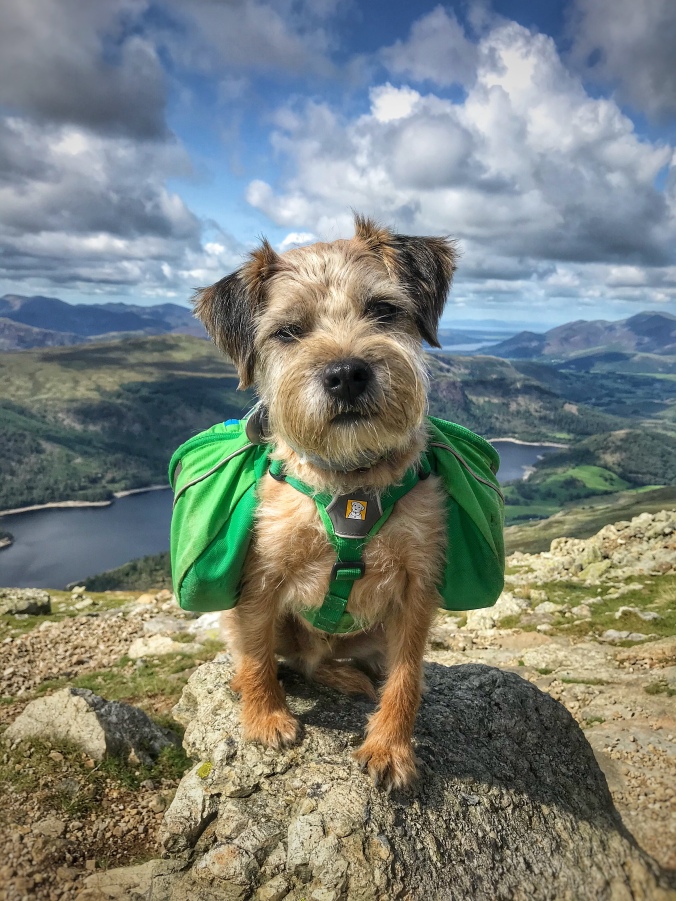 Toby was called spoilt and was called a “poor dog” and there were a few other comments made throughout the walk – I’m sure if they knew what kind of a life Toby had, they wouldn’t have that attitude, he goes on more adventures than most of the dogs I know.

His happiness is paramount in my mind, he loves adventures, he loves his little job of carrying the first aid kits and he LOVES posing for photos (it always ends with a delicious treat!) 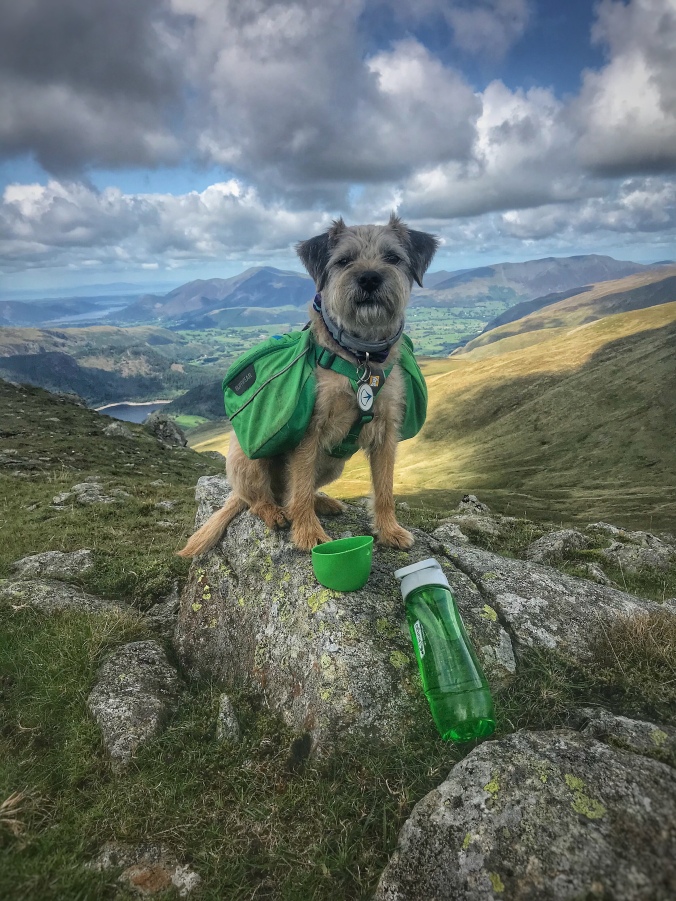 Negativity aside – we also managed to speak to a couple of lovely people who asked us all about our challenge and the charities we were doing it for, which is what this challenge is all about, we had a couple of people ask us about the labels on Toby too, his backpack is usually a great conversation starter and the labels have certainly helped spread the message! For this walk he was wearing “Lets Talk Prevention” 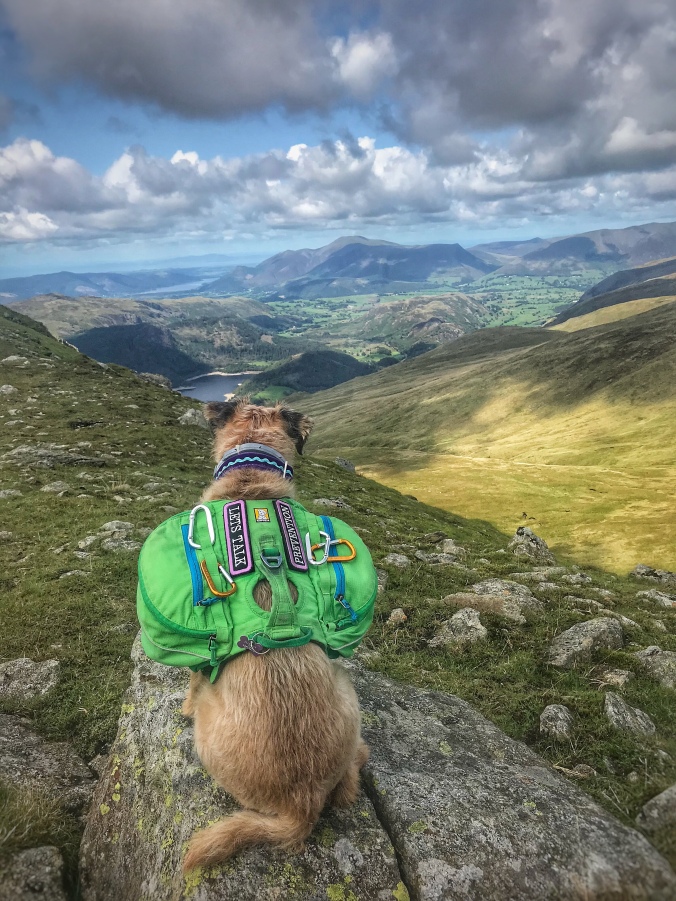 Helvellyn is a walk I would love to do again – it was beyond beautiful.

On a little side note – I am so proud of Toby for the part he is playing in this challenge, he helps motivate Sophie and I, is a great conversation starter during all our walks and I’m proud that he is helping us do as much as we can to dispel the stigma surrounding suicide and mental health.

Remember – being silent isn’t being strong it’s time we talked about it.

Once again thank you to all the support throughout the challenge!