We have had a stressful week here at Wonderdog HQ so are super grateful the weekend has arrived!

Last Saturday the beloved adventure-mobile took us on our last adventure.
She’s been in the family for 16 years and has done us proud racking up a whopping 134,500 miles of adventuring but alas she is unwell and we’ve been advised she’s not going to have a miraculous recovery 😔
I’m in the process of looking and researching for a new suitable adventure-mobile but she’ll be a hard act to follow! 😔

So although this has been a four day week – a four day week without my own car has dragged! I am of course very grateful to all the lovely folk who have given me lifts this week (mainly my better half and the utter babe that is Billy ❤️) 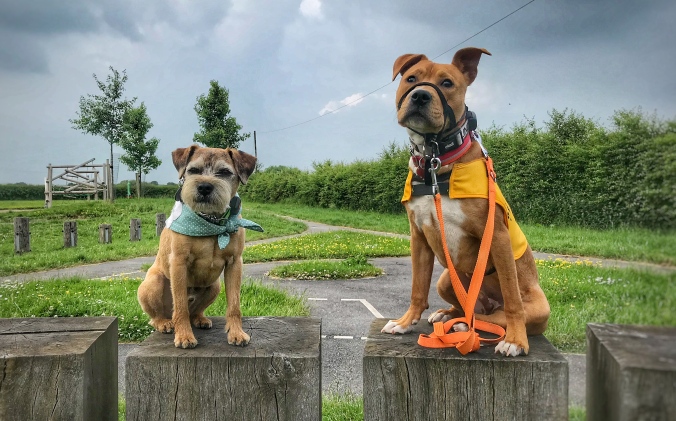 Last night we made the best of having no vehicle and went for a wander to the local field – sadly it has now been turned into a crop field and the clear path across has disappeared!!

Saturday I have been allowed to borrow Billy’s car which meant we were able to have a mini adventure, I was dropping Billy at work (returning the favour) so decided that we’d go to the Forrest super early – we dropped Billy off at 7:00am so were walking in the Forrest from about 8:00ish!

It was Amos’ first time in the Forrest and he had a blast!
Baring in mind it was somewhere he had never been before he can usually be quite stressy but he did so well! He barked at a few things that startled him – but we can’t blame him for that!
He managed however to not get himself into a frenzy about the things that startled him! 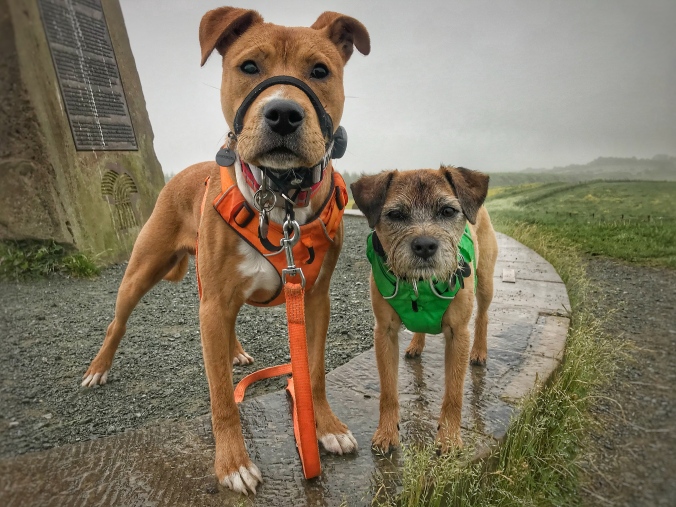 We did the walk around the Forrest starting at Barnsbridge and up to the Old Pale – we came across cows, other dog walkers, cyclists, runners and even some horses!
Amos and Toby were both good as gold and did me proud! 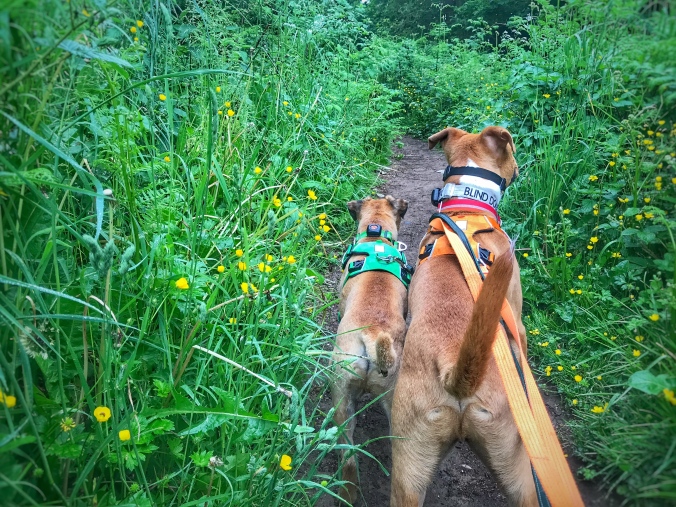 I’ll tempt them back out to the park later with bribes 🙈
We aren’t sure what adventures next weekend will bring – partly due to the adventure-mobile status and also as Amos as having his eye op this week, so we’ll gauge how he is before we decide what’s on the agenda next week.

Hope you’ve all had a good week and enjoy your weekend! ❤️

One thought on “Thank the Woofs it’s the Weekend 🐾🐶”