Today we tackled Kinder Scout via Kinder Downfall for part four of our 2018 challenge!

For the first time the weather was on our side! We had checked the weather and it wasn’t due to rain until 4:00pm and we were very hopefully we’d be on our way home by then! 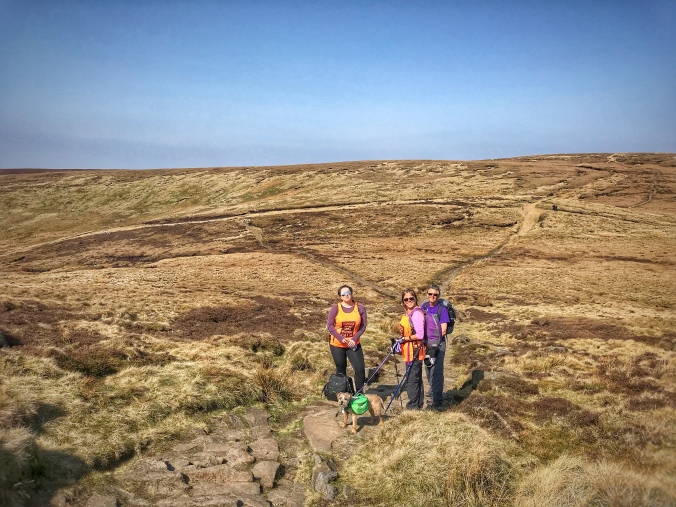 The walk starts from Hayfield near the camp site and takes you on a beautiful route up the ridge and to the downfall (our designated lunch spot) 😁
Today we had also roped in my Mum and Dad to come walking with us – they did the Yorkshire Three Peaks with me last year for PAPYRUS so were more than happy to don their purple shirts again! Sophie thankfully had a spare CALM shirt so we were a matching set of two a piece for this walk which was really nice!

It also meant we could actually get some photos of Sophie, Toby and I as my mum was on hand to be the Dream Team groups designated photographer ❤️

My parents hadn’t seen Sophie for a good few years so they had a good catch up whilst we walked and it was nice to have some additional faces and walkers with us supporting these amazing charities!
The route we did today was approximately 9 miles and 620m of ascent with some utterly beautiful views of Derbyshire! 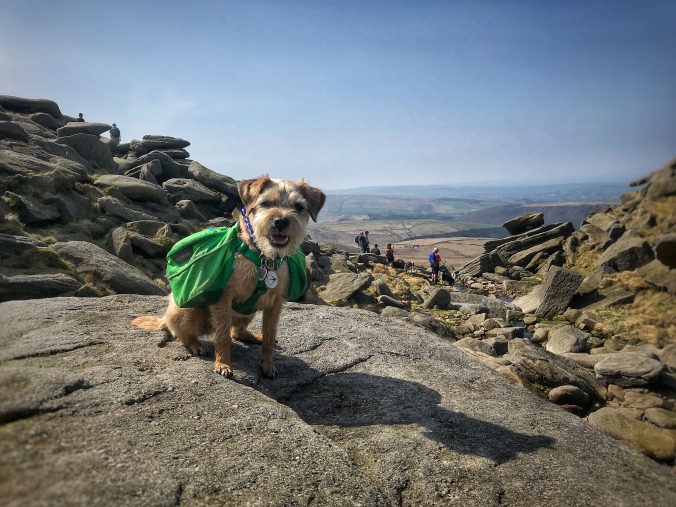 It made such a difference walking in such nice weather (I have a sunburnt scalp, a face like a beacon and am rocking an uneven t-shirt tan) realistically I should have stocked up on sun tan lotion – and would recommend anyone going walking in the sunshine does and isn’t a dope like me! 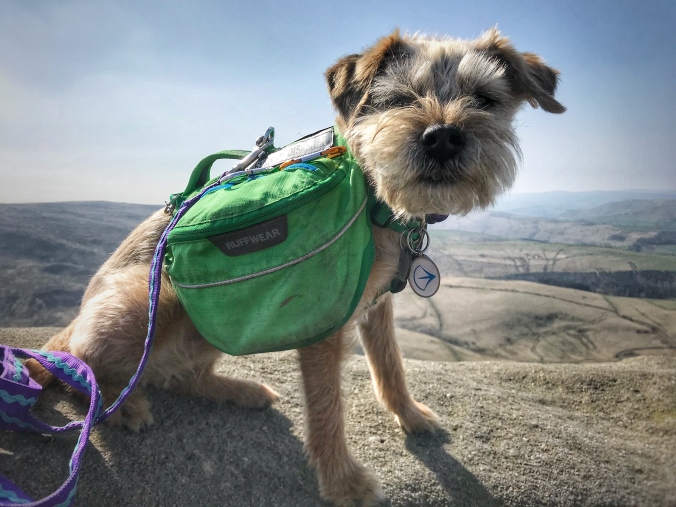 Toby as always was his usual mountain goat self and was in his element climbing and negotiating rocks and ledges.
He also LOVES the sun he is a sun-puddling extraordinaire!
Obviously when it’s hot I take more water for Toby and ensure he has regular drink stops, he got straight back in to the swing of it (he was used to having more liquids when we did our training for the Yorkshire three peaks as most of those were in fairly good weather) and his Kurgo bottle was a life saver so handy and means anytime I stop for a drink he gets a bowl too!

The route up to Kinder Downfall also criss crosses a stream several times so Toby had plenty of opportunity to paddle and soak his feet, he also had a paddle whilst we stopped for lunch to cool down before our final push to the trig point!

Kinder is a route I have done a few times before but the top at the trig can be confusing and we have done it before and gone down the wrong way (totally not my fault) so we were extra careful today to make sure that didn’t happen!

There are two paths we’ve done in the past to come down – one on the higher path along the ridge and one slightly lower path which weaves just below the ridge – we went for the lower path today which is less well trodden but beautiful nonetheless!

Both come out at the same point which leads to through 4 fields (thankfully no cows in them today!!) and then back o the road the campsite is on!
Toby also had an additional job today (first aid kits are job number one) he was responsible for safely transporting Sybil (#sybilontour) on our travels! 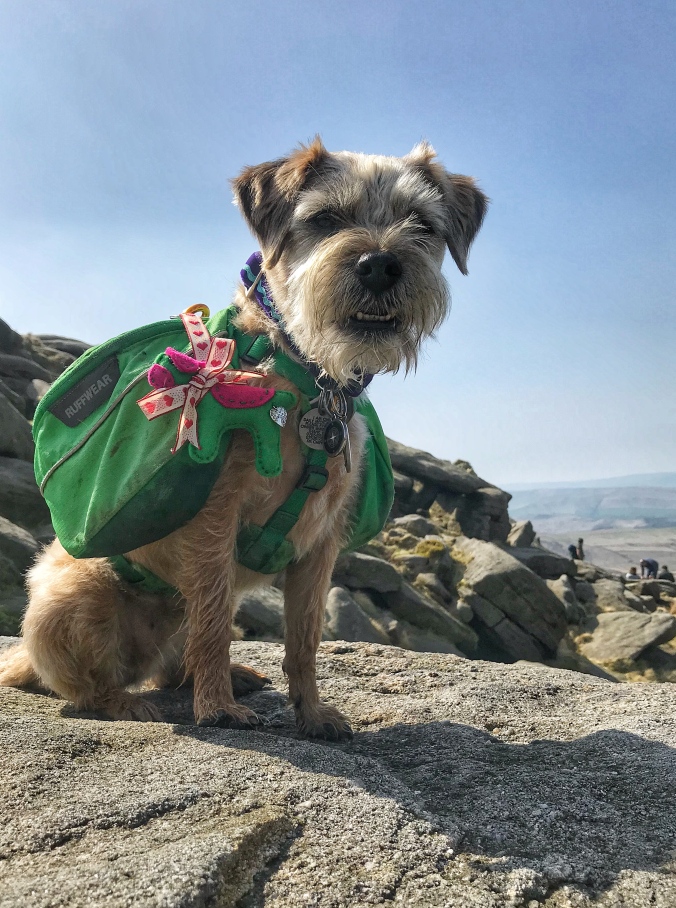 Sybil is traveling and touring to raise awareness for Huntington’s disease, which is a degenerative neurological disease, sadly studies have been done that show an increased risk of suicide to individuals who suffer with Huntington’s disease so we are more than happy to also do our bit in helping Sybil travel further by joining in our adventures!

Suicide is something that needs to be discussed more openly and we just hope that our challenge helps a tiny bit to dispel the stigma surrounding suicide and mental health – if we can additionally raise awareness for other charities and conditions that’s a bonus for us!

We hope you have all had a great Saturday and we’re more sensible with your sun protection than me!
Thanks for reading! 💜🧡💚