Today we decided to take the boys for a beach day as both Billy and I were off!

It would be Amos’ first ever beach trip so we wanted to take him somewhere more likely to be quiet so he could enjoy it without the distractions of other people or dogs – so we decided to head to Anglesey.

We checked the weather and it didn’t look the best – but that hopefully meant there would be even less people about!

Toby loves the beach! He always has done – he doesn’t like swimming but he does like paddling and playing fetch in the water. 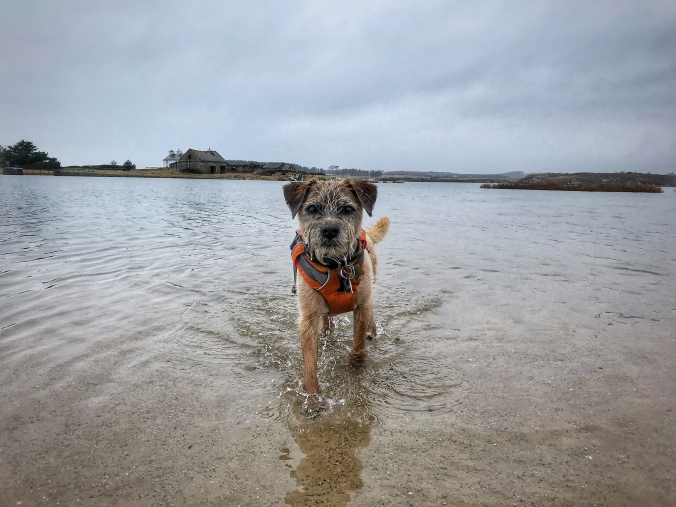 We thought Amos might be a water baby as he seems to seek out all the puddles – and this is exactly what he did on the walk down to the beach, paddle in ALL the puddles 😂 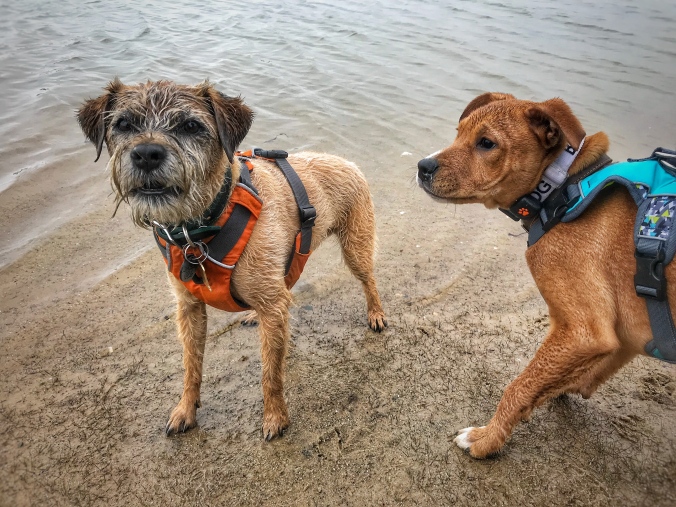 We had tried to check the tide times for the beach but when we checked on the map we couldn’t find the name of the beach, we just knew it was near RAF Valley 🙄 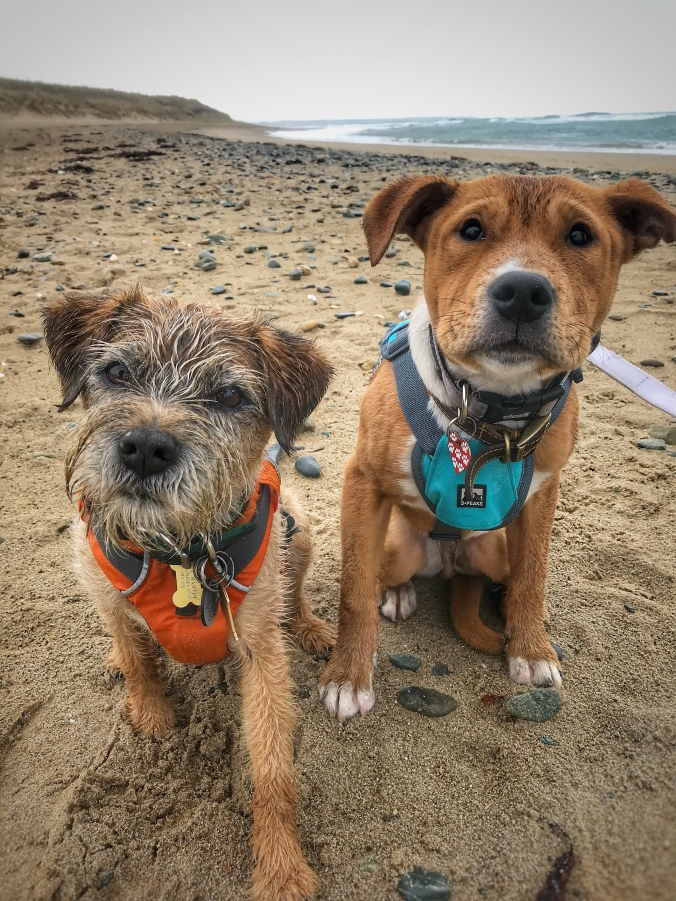 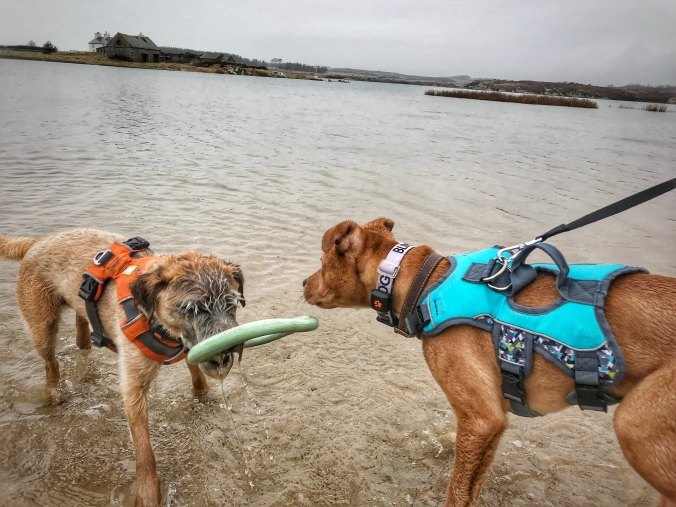 We hope you’ve all had a fun bank holiday – hopefully with better weather than us!! 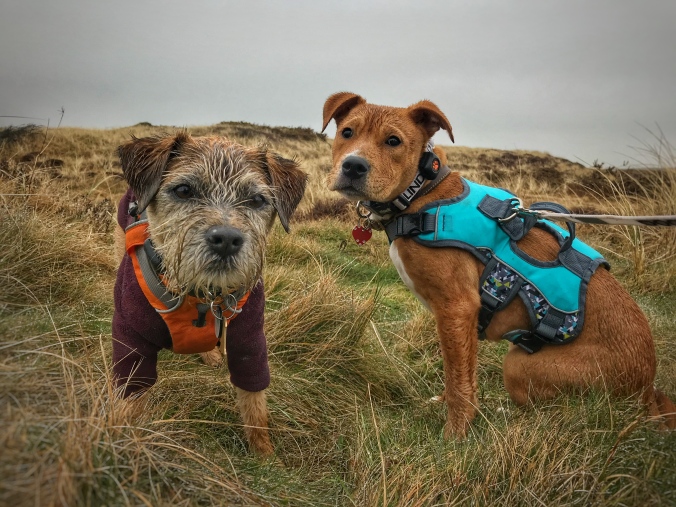 Thanks for reading! 🐾❤️