The original plan was to walk from Loggerheads to Moel Famau which was a 7 mile route, I’d been keeping a close eye on the weather as it was looking particularly ropey!

When we arrived the weather was horrendous – the car park was an ice rink!

We decided that we would do the route from the base of Moel Famau rather than loggerheads as due to the weather conditions it seemed too risky for us all to make the route longer unnecessarily!

Moel Famau is the last mini mountain on the list before things start to get serious! So it was kind of nice that it was made slightly more challenging 🙈 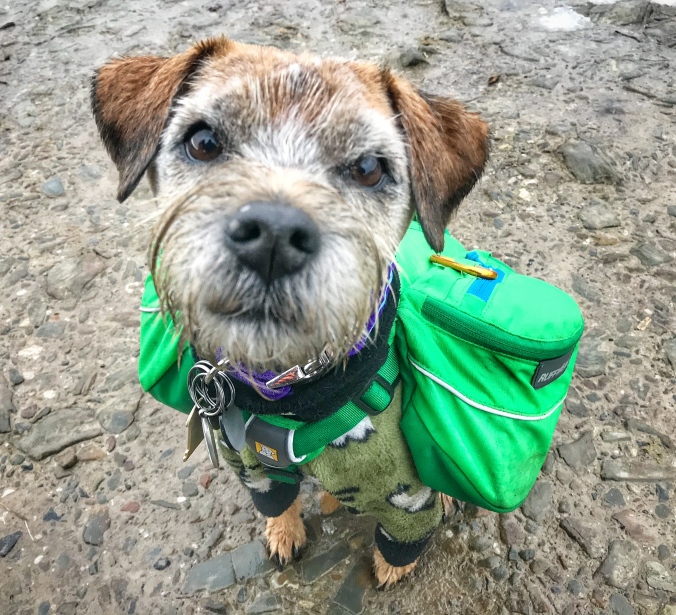 The walk in total was 4.5miles – but it can be more accurately described of 4.5 miles of almost but not quite falling flat on our bums or faces 😂😂 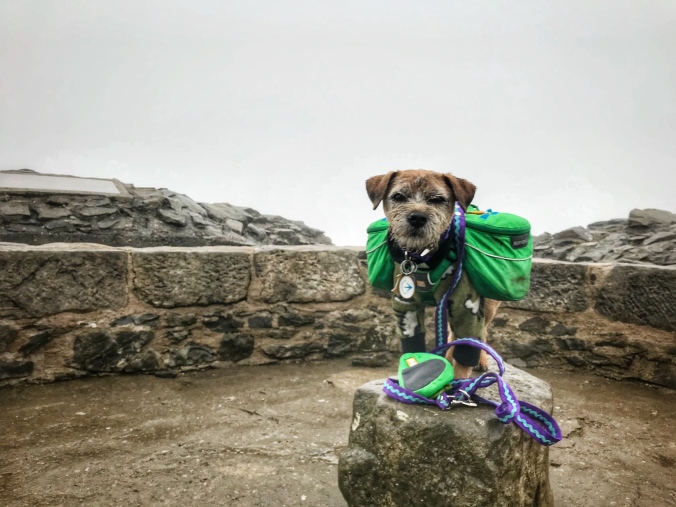 The route up to the top of Moel Famau is a fairly easy one to follow – there are a number of paths that lead to the top which is where the Jubilee Tower is located!

The route I usually follow is a well trodden track – we chose to use this today but due to the ice had to go rouge from the path on a few occasions!

In the summer the views from the Jubilee tower are amazing!
Today unfortunately we were not so lucky and it was mist and fog all around!
The steps to get up to the Jubilee tower were also some kind of wind cyclone! Which made for an interesting climb!

It also made for some hilarious photos! As mine and Sophie’s hair didn’t approve: below is my favourite picture from the day! 😂

We didn’t dare do a photo of just Toby with the poster today as poor Toby was nearly taking flight – so the poster would have been away faster than any picture! So instead here’s the more acceptable photo of Toby and Sophie!

There are a number of routes back down to the main car park also but due to weather conditions we decided to follow the track we had come up, as adventurous as we are safety is key!

Unfortunately due to the weather there weren’t many people about today that we could spread our message to and to tell all about why we are doing this challenge, but we’ve got 8 more challenges to do and hopefully the weather will be kinder so we can interact with more people to continue trying to dispel the stigma surrounding Suicide.

Being silent isn’t always being strong:
Talking about your feelings is so important 💚

Thank you to everyone for all the support you have shown us so far, only two parts in to #10mountains10months! 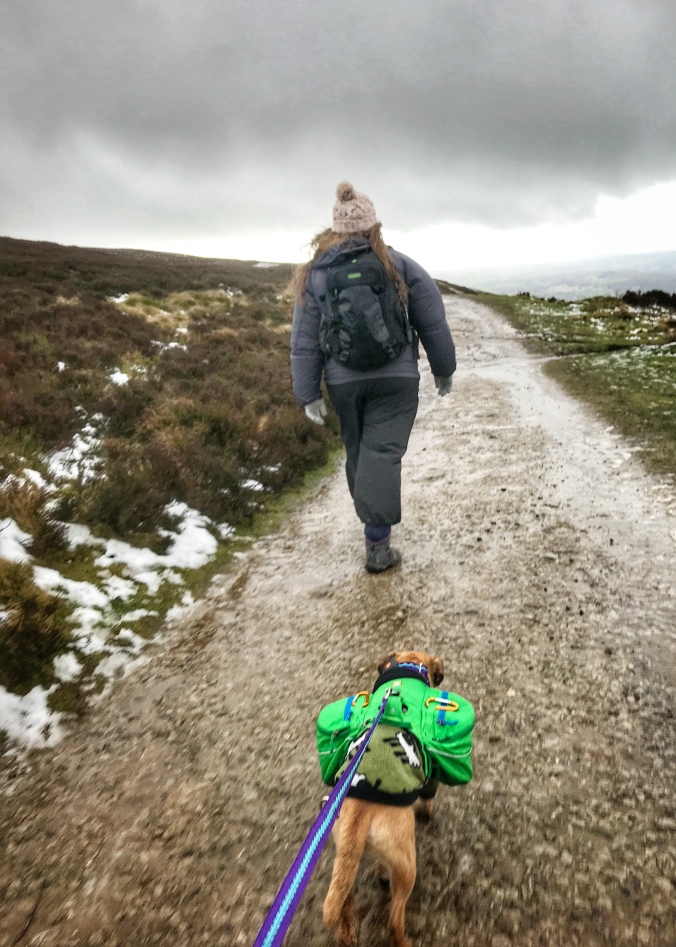 In three short weeks we’ll be adventuring for Part 3!

Keep your fingers crossed we get nicer weather! 🙈🙄