So, Toby, Sophie and I are giving ourselves a personal challenge for 2018.

We have decided that as we have been affected by Suicide and have both carried out Fundraising events in aid of two Suicide prevention Charities that we would band together next year to do something bigger and better than we did previously.

Sophie on the Charity walk in Memory of Rob up Scafell Pike earlier this year.

Toby as usual is going to be our chief mascot and accompany us throughout the challenge / adventure ahead. 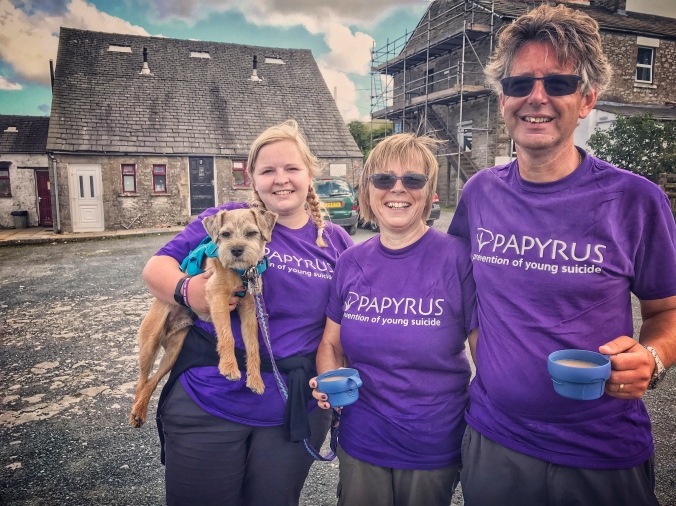 Me, Toby and my parents after completing the Yorkshire Three Peaks in memory of Phil in the summer.

Our aim is not specifically to raise money this time but more to focus on raising awareness about young suicide, we are taking on this personal challenge in memory of Philip Martin and Robert Wharton. 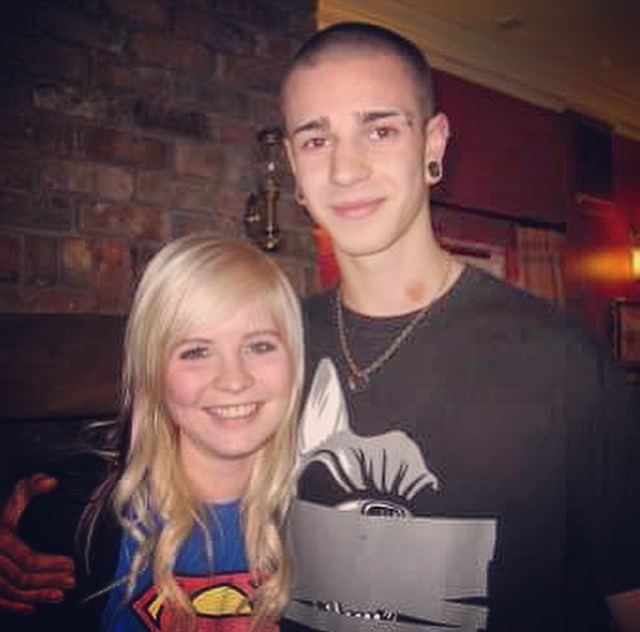 And my favourite picture of Phil & I.

Of course if you would like to make a donation to either charity in memory of either Rob or Phil please feel free to do so.
The Challenge for 2018 is called #10Mountains10Months & we are going to be taking on one mountain (loose term – climb is most accurate) a month for 10 months of the year in order to raise awareness for two separate charities.

The Charities that we are raising awareness for are CALM – Campaign against living miserably (dedicated to preventing male suicide) and PAPYRUS – Prevention of Young Suicide.

Toby and I wearing purple for PAPYRUS

Toby with his beautiful PAPYRUS gear

We will hopefully be leaving a little something at the top of each climb in memory of Rob and Phil which will hopefully aid us in our challenge to raise as much awareness as possible.

Our Challenge will end with the biggest climb of the challenge which will be in October 2018. 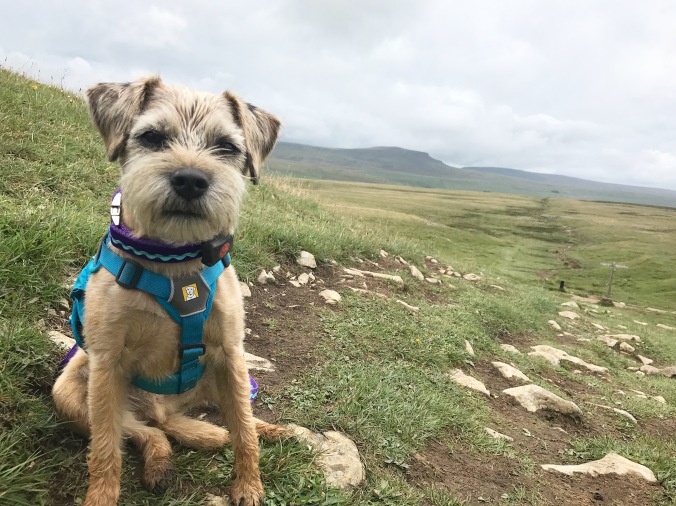 Our aim is to use our challenge to raise as much awareness as possible, we have been friends for almost 24 years (I even checked this with my mum – we met at mum & tots when we were 2 and we both turn 26 a few weeks either side of the beginning of the challenge!) both of us have now been affected by Suicide, we want to try and do as much as we can to raise awareness, to make people more comfortable to talk about how they are feeling and to seek help if they need it. 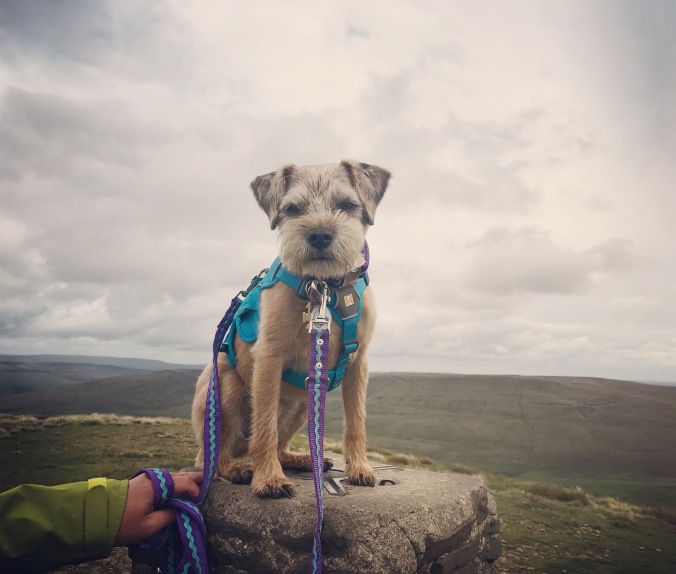 We will make sure that we post updates after each climb so you can see where we have been – the list of mountains will remain a closely guarded secret!

Thank you for your support! ❤️